The National Headache Foundation estimates that 28 million Americans suffer from migraines.  Women get migraines more than men, 25% of all women with migraines suffer four or more migraine attacks a month; 35% experience one to four severe attacks a month, and 40% experience one or less than one severe attack a month. Each migraine can last from four hours to three days. Periodically, it will last longer.

The specific cause of migraines is unknown, although they are related to changes in the brain as well as to genetic causes. People with migraines may acquire the tendency to be affected by certain migraine triggers, such as fatigue, bright lights, weather changes, and others.

Scientists believed for many years that migraines were linked to expanding and constricting blood vessels on the brain’s surface. However, it is now believed that migraines are caused by inherited abnormalities in certain areas of the brain.

There is a migraine “pain center” or generator in the brain. A migraine begins when hyperactive nerve cells send out impulses to the blood vessels, causing them to clamp down or constrict, followed by dilation (expanding) and the release of prostaglandins, serotonin, and other inflammatory substances that cause the pulsation to be painful. 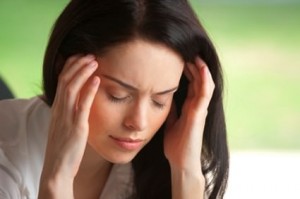 The symptoms of migraine headaches can occur in various combinations and include: