Patient engagement is a hot term thrown around on various health and marketing blogs and an online portal seems to be the first place to up your patient engagement game. However, we all know what they say about the internet. So, how much of this online buzz is worth your time and money?

The 2013 study conducted by medical marketing company IDR Medical GmbH shows that the majority of patients are more likely to return to a provider with an online portal and also refer the provider to friends. The study commissioned by Carestream in March 2013 tested eight hypothesis or seven “myths” about patient attitude on portal usage with 1,000 respondents from ages 18-71. Data scientists used scales to measure  “how likely” a respondent would use portals, their satisfaction with the portals and how satisfaction impacts overall use of the online service. 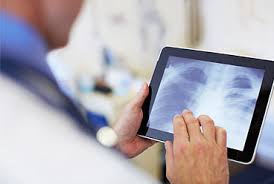 Over 70 percent of respondents reported that one of the most important advantages of online images was the ability to show other physicians. The second highest advantage was the ability to maintain personal record of images (69.8%).  A little over half of the respondents believed online imaging improved the quality of patient care, and around 40 percent said that an online portal would also prevent repeat imaging.

So How Do Portals Increase Patient Engagement?

Portals are just one more way to metaphorically put your practice in the patient’s hands. They also show the patient that you care about their ease of access by providing multiple ways to interact with their health and health providers.

Fear for patient’s lack in IT competence and aging population are not good reasons to hold back from including a patient portal to your practice. However, around 41 percent of respondents preferred both a portal and a hard copy of medical results in comparison to the 37.8 percent who were satisfied with a portal only. Respondents also wanted consultation or some sort of explanation accompanying the results online.

While this study was focused on the benefits of a portal for storing medical images, a portal should also encompass ways for patients to view other lab results, make online appointments and store health history information.

If you’re still not convinced a patient portal is a smart way to increase patient engagement, try polling your patients at the bottom of sign-in forms or when you rap up an appointment.