A new study has suggested children born to women who eat nuts and peanuts during pregnancy were less likely to to have nut allergies. The rate of U.S. children with a peanut allergy more than tripled from 0.4 percent in 1997 to 1.4 percent in 2010.  Many of those with a peanut allergy also are allergies to tree nuts, such as cashews, almonds and walnuts, according to the researchers. 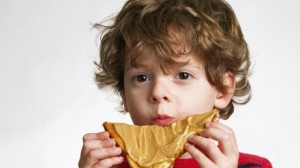 Dr. Michael Young, an associate clinical professor of pediatrics at Harvard Medical School, and colleagues collected data and examined more than 8,000 mothers and their children to understand how diet during pregnancy might have affected allergies in children. At first researchers  questioned the mothers about their diet during pregnancy or shortly after in the early in the 1990’s. In 2009, they questioned their children to see who had developed allergies.

The study found that mothers who ate a serving of nuts and peanuts at least five times week was 69% less likely to have a child with peanut allergy compared to a pregnant woman who ate a serving of peanuts or tree nuts less than once a month. Children of mothers who were allergic to peanuts or tree nuts, however, did not have a significantly lower risk.

Dr. Samuel Friedlander, an allergy and immunology specialist at the University Hospitals in Cleveland, said doctors should be conservative about food recommendations for expectant moms. “The advice is to eat a healthy diet and we don’t quite know whether avoidance [of allergens] is helpful or not,” said Friedlander of advising pregnant women on what to eat. “It shows also that we need to be careful about recommendations that we make.”

“The results of our study are not strong enough to make dietary recommendations for pregnant women,” he said.  The findings do, however, add to the growing evidence that early introduction of foods increases the development of tolerance and reduces the risk of allergies. Mothers should not be fearful of eating certain foods and should go on with their regular cravings and their regular diets and not avoid things to try to protect their child from allergy.

The eight foods to which children are most commonly allergic are nuts and peanuts, milk, eggs, tree nuts, shellfish, fin fish, wheat and soy, Gupta said. Children often outgrow these allergies, she said.”The ones that are most commonly outgrown are egg and milk allergies,” she said. “Things like nuts and fish and shellfish — only about 10 percent to 20 percent [of people] outgrow those allergies.”

Contact you family physician immediately if you think you or your child is  having an allergy reaction.