If you have fall allergies, you may have noticed that you are sniffling and sneezing much more this year than past years.  That is because pollen count in Dallas have increased much more.  Due to the long winter last year, foliage started blooming at the same time when warm weather came later than usual.  Thus the pollen count has greatly increased.  The Asthma and Allergy Foundation of America (AAFA) releases a list every year of the “100 Most Challenging Places to Live With Allergies.”  Dallas, was ranked at number 23 last year. 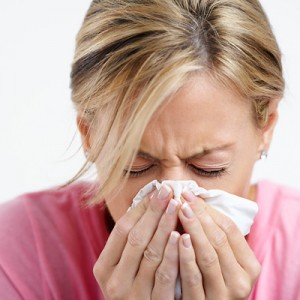 However, this year, Dallas has been ranked as number 7!  For example, oak which usually blooms in March, bloomed much later in the summer and it’s pollen is still lingering in the air.

Many north Texans has been victims of allergies and they all say that this year has been much worse than last.  Sniffling, sneezing, runny nose, itchy-watery eyes….the list of allergy symptoms is long.  The best thing to do ideally, is to stay indoors or go on a ship in the middle of the ocean.  However, we know that is not realistic.  What are some practical ways to reduce exposure to pollen or reduce symptoms of allergies?

Here are some suggestions given by several allergists in the DFW area to alleviate allergy symptoms.

-Try keeping doors and windows closed.  80 percent of the outdoor pollen would come into your house if you were to keep the windows and doors open.

-After coming in from an outdoor activity, change your clothing and put the soiled clothes into the washer and take a shower.   People don’t realize how much pollen is on them because they are not able to physically see it.  Although you cannot see it, you are coated with pollen when you come in from an outside activity.

Seasonal allergies are common and suffered by most people.  The good news is that it is manageable.  By understanding the specific type of allergies one has, people are able to make choices that will reduce their exposure to pollen and use allergy medication to help them enjoy their life and cope with the high pollen count this year.