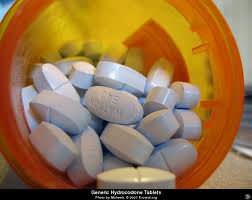 This new mandate affects prescribers, pharmaceutical companies, pharmacies, and patients using APAP or Opiod containing drugs.  Studies show that over the past 10-15 years, Hydrocodone  prescriptions have increased dramatically. According to NY Daily News, in 2010 alone 42 tons of pure Hydrocodone were given out by pharmacies. From this statistic alone it is clear that this FDA mandate will affect thousands of patients across the country. Pharmaceutical companies are now forced to change the formula of their drugs. Also,  prescribers are now to change the dosage of pain killers they prescribe. Although the dosage is changed, the amount  prescribed remains unchanged. For example, if prior to the FDA announcement a physician was prescribing 1-2 doses per day every 4-6 hours of 10mg/500 mg the instructions would still be the same; however, the dosage would be changed to 10mg/325 mg.

The FDA instructs that the Acetaminophen strength be reduced in Acetaminophen and Opiod products. Hydrocodone is among the two most popular pain killers used in the U.S.  For those who do not know exactly what this entails, Hydrocodone is a major ingredient in the following brand named prescription drugs: Vicodin,Zydone, Stagesic, Go-Gesic, Maxidone, Lorcet, Norco and Lortab.

According to an article posted by HospiScript, the FDA announced these changes in January of 2011; however, the pharmaceutical companies do not have to have the changes completed until January of 2014.

NY Daily News tells us that APAP/Opiod usage differs across the country with the problem being more prevalent in some parts of the country and less in others. Although this may be true,  this mandate affects the entire country.

As mentioned in the who, many people across the country are using APAP/opiod drugs. Along with the increasing amounts available of these drugs comes an increasing amount of overdoses. Acetaminophen has been linked to severe liver injury when consumed in large doses. Overdoses do not just happen when people are purposefully taking far more than directed. An overdose can be an accidental incident as well. The FDA is looking to reduce the number of cases of liver failure, liver transplant, and death that come as a result of overdosing on these substances.

For more information on the FDA restrictions refer to hopsiscript.com.