In all high schools, teens are taught about the health risks and complications of smoking cigarettes.  Some may listen and take precautions. For a majority of teens it goes in one ear and out the other. Its only serious if the results are immediate and tangible. Anything that takes time to develop is irrelevant.

Most teens worries only go as far as what to wear for a party on Friday. Trying to instill terror in them with the possibilities of developing heart disease or Lung Cancer are slim to none.

The Food and Drug Administration decided to take the subject of anti-smoking teens into their hands.

The FDA just developed a new campaign called “Real Cost”.  It is designed to grab the attention of teens through a more cosmetic, humor-based approach to promote the idea of anti-smoking teens.  The ads consist of vivid images that everyday teens can relate to, but with a glimpse of the wear and tear smoking causes on the body.

Other ad topics included video games and bullying references to grab the attention of the age group. Being tobacco-free is the goal of the project. 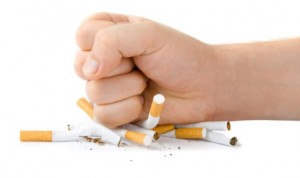 For example, one of the ad’s images is of a girl who is high school age. She could be considered a model but looking at the ad a little closer shows a flaw of wrinkles which is caused by smoking cigarettes.

The idea is to show that the consequences of having this harmful habit are real and by not being an advocate for anti-smoking teens this can and will happen to you if the right choices aren’t made.

Another more graphic approach is where two teen are the gas station trying to buy cigarettes. The cashier tells them they do not have enough money to get them. Then one of teens tries to compensate by taking out pliers to put out one of his teeth to help pay.

This not only shows that financially cigarettes are a burden, but physically as well.

The ads that will promote anti-smoking teens will be broadcast on the  popular media outlets such as MTV and Teen Vogue.

Being Teen Friendly is Key

Teens in high school do not take the risks of diseases and unhealthy habits as seriously as they should. They can’t fathom the idea of actually being a victim of one of these diseases because most of the ads that deal with cigarette smoking are not relatable and feature older adults.

Ads that they can relate too that have people their age in them is whats going to grab their attention.  Having those types of visuals will make anti-smoking teens seem more important or even cooler. Their main worries are about ways to stay popular, whats the latest drama around school, and most importantly their appearance.

How they look is one of the most important things in their teenage lives. So realizing that they could potentially become “unattractive” all because of a cigarette could put things into perspective.

The FDA reported that a majority of the total number of adult smokers developed this habit by the age of 18; and that more than 700 youth pick up the habit of smoking daily.

The rate of new cases that are not being anti-smoking teens is so out of control.  Because of this, the FDA will evaluate the impression the campaign has on 8,000 youth between the ages of 11 and 17 for two years. This will show any significant changes in behaviors, views, and the amount of basic knowledge of tobacco-related substances the age group gains.

The next step  of the FDA’s “Real Cost” campaign will take will be target the people who influences teens the most such as peers, young adults and family.