Research Scientists from University College London (UCL)say they have developed a new way of detecting cancer by giving patients an injection of sugar before doing an MRI scan.  They call this technique glucose chemical exchange saturation transfer (glucoCEST).  This work has been done based on the prior fact that tumors consume a higher amount of glucose compared with healthy tissues, as a method to sustain their growth. Thus, researches found that when sensitizing an MRI scanner to recognize glucose, tumors appeared as bright images on the MRI scans. 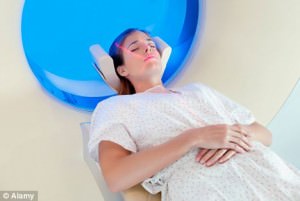 Dr. Simon Walker-Samuel quoted that “We have developed a new state-of-the-art imaging technique to visualize and map the location of tumors that will hopefully enable us to assess the efficacy of novel cancer therapies.”

Dr. Walker states: “GlucoCEST uses radio waves to magnetically label glucose in the body. This can then be detected in the body using conventional MRI techniques.”

He also adds, “The method uses in injection of normal sugar and could offer a cheap, safe alternative to existing methods for detecting tumors, which require the injection of radio active material.”

However, referring back to the 2010 FDA initiative to reduce unnecessary radiation exposure from medical imaging, the FDA wished to promote the safety of the patient through two rules of radiation protection: Justification and dose optimization.

Justification is where medical imaging “should be judged to do more good than harm to the individual patient.” Dose optimization states that the “lowest radiation dose that yields an image quality adequate for diagnosis or intervention.”

This study and many others are all part of an ongoing effort to reduce radiation exposure in the MRI cancer detection. For example, a previous study from Cancer Research UK used the body’s naturally occurring bicarbonate of soda as a means of detecting cancer in MRI imaging.Other research from Belgian scientists at the University Hospitals Leuven also revealed a new method of medical imaging that required no radiation exposure. The method involved a ‘diffusion-weighted’ MRI scan and enabled a more accurate diagnosis of lung cancer.