A fresh pot of coffee brewing certainly wakes me up in the morning, but what else can it do? There are 5 proven health benefits to drinking coffee besides keeping you alert and giving you the extra boost in energy. If you’re an avid coffee drinker, multiple studies show a positive correlation between health benefits and drinking 3-4 cups of coffee a day.  However, it is important to note a healthy diet and lifestyle is still the the key component.

Contents of this Page:

WebMD: “Even decaf coffee may help the liver.”

“Does Caffeine in Coffee Perk Up Heart Health.” 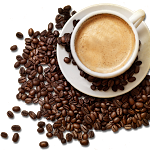 Coffee has a a lot of antioxidants and bio active compounds that are important to glucose metabolism. The same active ingredients are found in decaffeinated coffee, so it’s not the caffeine. Over 20 years of research from Harvard  indicated coffee consumption has a positive short-term and long term effect on health. Increasing coffee consumption to more than 8 ounces a day in a four year period can lower the risk of Type 2 diabetes by 11%.

3. May Help the Liver

Alzheimer’s disease is found among older adults who show difficulties in retaining memory. Findings in the Journal of Alzheimer’s Disease indicate that those who had higher blood levels of caffeine delayed the onset of Alzheimer’s by two to four years later. The study included 124 participants aged 65 to 88 with mild memory loss. Subjects who showed no progression in memory loss all had caffeine blood levels equivalent to 3 cups of coffee daily.  Since there is no cure for Alzheimer’s disease, researcher Chuanhai Cao suggest there maybe reason to start a coffee regimen in their late 30’s as a preventative measure.

5. Reduce the Risk of Heart Disease and Stroke

According to the American Hearth Association, caffeinated coffee consumption increases the blood flow by 30% compared to decaf coffee. This means caffeinated coffee can reduce the strain on your heart because your small blood vessels can now flow with ease. Researchers have even found larger consumption of caffeine may improve larger arteries as well. Dr. Gordon, chief of cardiology at John Hopkins University School of Medicine, acknowledges the association between coffee drinking and lower risk of heart attack, heart disease, and stroke.