“An apple a day keeps the doctor away” is a common phrase used for people of all ages to push the benefits of apple consumption for lower cholesterol levels.  Now there are new fruits and that are being pushed to decrease your stroke risk such as oranges.

In a new study from France’s Pontchaillou University Hospital,  it was suggested that people with normal vitamin C blood levels were less susceptible to the risk of having a hemorrhagic stroke than people with deficient levels of vitamin C.

The study consisted of testing the Vitamin C levels in 65 patients who had suffered an intracerebral hemorrhagic stroke and 65 people who haven’t had a stroke.

With the findings they saw that 41 percent had normal levels of vitamin C, 45 percent had low levels, and 14 percent were so low that they were considered deficient. The patients that had a stroke tended to be the ones with the depleted vitamin C levels and the healthy, non-stroke patients had the more normal levels.

From this the researchers hypothesized that the vitamin C could possibly help in decreasing a persons blood pressure and that with this the risk of stroke decreases as well.

Because the study is still in its preliminary stage,  Dr. Vannier stated that “More research is needed to explore specifically how vitamin C may help to reduce stroke risk. For example, the vitamin may regulate blood pressure”.  There have been past studies that have also linked vitamin C to reduced stroke risk.

The research team is on the right path to something great. Dr. Vannier and the team will present their completed study at the American Academy of Neurology annual meeting around April of this year.

What is a Hemorrhagic Stroke? 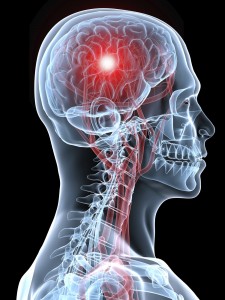 Hemorrhagic strokes are rare but deadly. This happens when weakened blood vessels ruptures and bleeds in the surrounding brain area. When this blood accumulates it compresses the surrounding brain tissue. The bleeding irritates the tissue and creates swelling. It is potentially life threatening.

This can either happen (intracerebral) or just outside the brain between the tissue that covers the brain and the brain itself (subarachnoid).

An Intracerebral hemorrhage is when a blood vessel in the brain bursts and the surrounding tissue begins to be damage. The other brain cells are then deprived and damaged because of the lack of blood. This type of stroke can be caused by high blood pressure, trauma, vascular malformations, use of blood -thinning medications.

A Subarachnoid hemorrhage is when an artery on or near the surface of your brain bursts and spills into the space between the surface of your brain and your skull. When this happens the person gets a sudden, severe headache. This is usually caused by the rupturing of an aneurysm. The blood vessels in the brain then dilate and constrict erratically causing cell damage because of the limited blood flow.

What is Vitamin C?

Vitamin C is an antioxidant that has been said to be one of the most effective nutrients.  It blocks free radicals, that cause an increased aging process, cancer, and heart disease. It is known for its immune system protection and strengthening powers but it also protects from cardiovascular disease, eye disease, and some skin problems.

It is also needed for growth and repair of tissues all over the body. It helps form an important protein that makes skin, blood vessels, tendons and ligaments.

The body is not able to make vitamin C on its own so consuming foods that are high in this nutrient are important. Vitamin C is found in oranges or course but actually there are other fruits and vegetables that have more vitamin C content than these citrus delights. Grapefruits, strawberries, papaya, peppers, broccoli, kale, cauliflower, Brussels sprouts, pineapples, kiwi, mango, and guava all are high in this nutrient.

Having a lack of vitamin C can result in anemia, bleeding gums, decreased immune system strength, easy bruising, dry hair, painful joints and gingivitis. A severe deficit of this nutrient is called scurvy, which is rare in the US.

The Recommended Intakes of Vitamin C are: 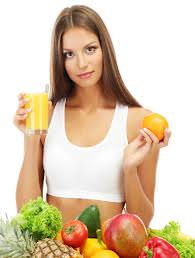