This past week, attendance numbers at Richardson High School were abnormal to say the least. The school of 2,550 students was affected by a day to day mystery that was making the number of students that were absent or leaving school,  in the hundreds. On the highest day that absences were recorded, 602 of the students were affected. The Richardson Independent School District then took action and notified the health department and they began to investigate. They later found that the culprit was the gastrointestinal illness called Norovirus.

After these findings, work was done to thoroughly clean all water fountains, counter tops and handles in the school. The school also sent out a letter to the parents and staff stating to use soap EVERY time they washed their hands and also hand sanitizer in between washes which is a major step to help prevent Norovirus from spreading.

Norvovirus is a very contagious disease that can be transmitted easily by either an infected person, coming in contact with a contaminated surface, or digesting it through water or food. The intensity of this contagious virus was shown last week when a cruise ship had 20% of their total passengers affected by Norovirus that led to them docking 2 days early.

Knowing the signs and symptoms of this illness can help prevent Norovirus and the care of the ill person. According the the Centers of Disease Control and Prevention, the most common symptoms of this virus are diarrhea, vomiting, nausea, stomach pain, fever, headaches, and body aches. With these symptoms also comes an increase chance of becoming dehydrated due to the excessive vomiting and diarrhea.  Symptoms of dehydration may include decreased urination, dry mouth and dizziness when standing.

There is no treatment for Norovirus however drinking plenty of fluids to replace the fluids lost from diarrhea and vomiting is key to prevent an extra hospital visit. Although the symptoms are intense the duration is short with recovery beginning within about 1 to 3 days. 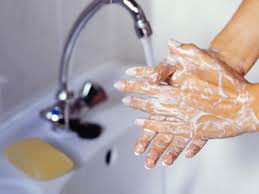 For more information about Norovirus and prevention visit the CDC website.