For the past week, the food industry has been getting some hard hits to its belt in the cleanliness department. There have been several cases of different types of foods getting call backs because of contamination. The most recent is the presence of E. Coli in hummus, certain dips, and walnuts.

Escherichia coli, or E. Coli for short, is a large group of bacteria; most are harmless, while some can cause serious illness. This bacteria normally lives in the intestines of healthy people and animals. You can be exposed to E. coli from contaminated water or food such as raw vegetables and undercooked ground beef and person-to-person contact via unwashed hands. Recovery for healthy adults is quick, about a week, but for children or older adults it can be more life threatening.

The strain that is involved in the sprout case is Shinga toxin-producing Escherichia coli O121.

The seriousness of this food-borne bacteria should be taken highly. Although symptoms can be mild, they can easily turn into something life threatening.

According to the Centers of Disease Control and Prevention, there have been seven confirmed and three likely cases of E. coli infection linked to raw clover sprouts. All of the patients who have contracted the infection live in Idaho and Washington. Half of the people that became ill were then hospitalized.

Also, another company, Lansal Inc. have voluntarily recalled almost 15, ooo pounds of hummus and dip products due to concerns of possible bacterial contamination.

A company called Sherman Produce, is recalling some bulk and packaged walnuts sold in Missouri and Illinois.

Both of the recalls are precautionary measures against possible Listeria monocytogenes, which may cause serious or even fatal infections in people with weakened immune systems, like the elderly. Luckily, there have been no cases of illnesses from the two recalls.

For consumers that have bought any of the products, the two companies advised them to throw out those goods or return them for a full refund. 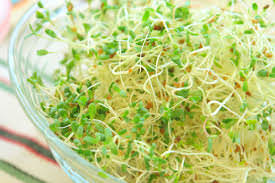 This is not the first time Evergreen Fresh Sprouts was involved in a salmonella outbreak. From this, consumers were discouraged from eating the brand’s alfalfa and spicy sprouts.

Sprouts have a known history to be involved in bacterial infection outbreaks.

According to a study commissioned by the Canadian Broadcasting Corporation, the warm. moist conditions that the sprouts grow in is an ideal breeding ground for bacteria. 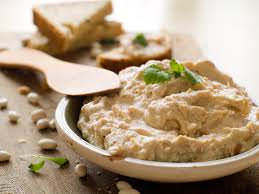 Also, Trader Joe’s 5 layered dips with a use-by date of April 15 is being recalled in 12 states. The Edamame Hummus is also being recalled.

The plastic containers of Tryst Yello Lentil Hummus with Sunflower seeds and apricots are also afftected.

If you want more information about what exactly is affected, there is a recall list that has been created. 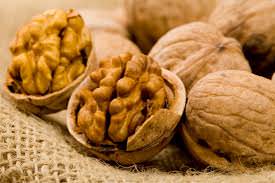 Sherman Produce recalled 241 cases of bulk walnuts with best by dates of 3/15 and 4/15. During a routine assessment, the FDA obtained a sample that detected Listeria monocytogenes in the walnuts.

Listeria monocytogenes is a bacteria that when you are infected creates fever, muscle aches, stiff neck, headache, loss of balance and convulsions. Diarrhea and gastrointestinal problems can occur before these symptoms.

However, most listeria infections may not be noticed because of the mild symptoms.