From day one, we were taught that drinking plenty of water is necessary for your health. 8 glasses a day is the expected minimum for proper hydration. We we especially told to drink water after playing outside or working out or playing sports since we sweat so much from those activities. But in some cases too much water can be harmful to you, this is called a water overdose.

There was a case in the news a couple years ago about people having water drinking contests for money and in one of the instances,  the lady who participated later died from suffocation. She was first upside down drinking the water but then her lungs ended up filling with water which caused her death.

These incidents show that there has to be a proper balance of even one of the most essential minerals you need to survive. 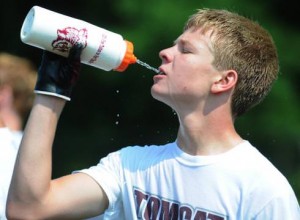 When a water overdose happens it is called hyponatremia. This is a condition in which the amount of sodium (salt) in the blood is lower than normal.

Sodium (Na) is found mostly in the body fluids outside the cells. It is very important for maintaining blood pressure. Sodium is also needed for nerves, muscles, and other body tissues to work properly.

When the amount of sodium in fluids outside cells drops, water moves into the cells to balance the levels.

This causes the cells to swell with too much water. Brain cells are especially sensitive to swelling, and this causes many of the symptoms of hyponatremia.

With this swelling of the brain, the risk of comas, brain herniation and even death increase greatly.

This imbalance of water and salt is caused by one of these three conditions: 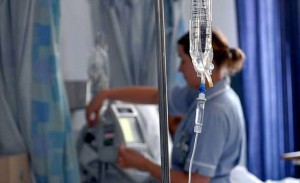 The cause of hyponatremia must be diagnosed and treated.

If cancer is the cause of the condition, radiation, chemotherapy or surgery to remove the tumor may correct the sodium imbalance.

Other treatments depend on the specific type of hyponatremia.

There have been two recent deaths of high school football players dying from a water overdose. This has began to bring light to all of those athletes who chug water and sports drinks before during and after practices and games.

Both players died from exercise-associated hyponatremia, which occurs when athletes drink lots of fluids even when they’re not thirsty.

This isn’t the first occurrence of this type of death, researchers also noted that hyponatremia has been confirmed or suspected in more than a dozen runners’ deaths in recent years.

Many coaches encourage athletes to drink before they get thirsty, but experts recommend that athletes drink only when thirsty, said study author Dr. James Winger, a sports medicine physician at Loyola University Medical Center. 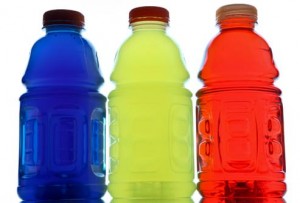 A high school football player in Georgia named Zyrees Oliver reportedly drank 2 gallons of water and 2 gallons of sports drink during practice. He later collapsed at home and died in hospital.

Another high school football player — this time from Mississippi — Walker Wilbank, developed hyponatremia during the second half of a game after vomiting and complaining of a leg cramp. He had a seizure in the emergency room and later died. A doctor confirmed he had exercise-associated hyponatremia, according to the study published recently in the British Journal of Sports Medicine.

Winger said athletes should not drink a predetermined amount, or try to get ahead of their thirst.

If you know anyone who is an athlete or had a child or children that partake in vigorous sports like football, make sure they become informed of water overdose cases that have happened.