The FDA has reported that some wart remover products are highly flammable and warns consumers that these should not be used around any source of heat. The agency has received several reports of these products catching fire and injuring at least 10 people. In the incidents reported to the FDA, the wart remover dispenser generally caught fire when it was releasing the mixture, the agency said. 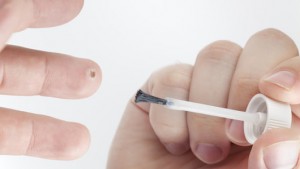 Reports of some “cryogenic” wart remover products that “freeze” the growths off the skin. In several cases, combustion occurred when the products, a mixture of liquid dimethyl ether and propane — were used near a candle.These wart removal products which are available and sold over the counter, “The labeling for these wart removal products clearly states that they are flammable and should be kept away from fire, flame, heat sources and cigarettes,” FDA nurse consultant Karen Nast said in an agency news release. The real number of incidents that go unreported is likely higher, according to the FDA.

This is extremely concerning, especially because people may not be aware that everyday household items like straightening and curling irons can be hot enough to be an ignition source for these products,” Nast said. Even though only a few of these incidents have been reported, She urged consumers to tell the FDA about similar experiences. “It’s important for us to know when and how  many problems like this happen,” she said.

If you use any cryogenic wart remover products , use it only as directed, follow all warnings, and use it in a well-ventilated area.In most people, warts disappear on their own without treatment. However, they can be treated by a health care professional, or at home with various over-the-counter products, such as topical applications of salicylic acid, which soften warts so they fall off or can be easily removed. Doctor can remove warts using treatments such as surgical paring, laser or liquid-nitrogen freezing treatments,”The advantage is that the health care professional has been trained in providing the treatment safely and under controlled conditions.

You can report device-related problems through the FDA’s MedWatch alert system.