One of the daily activities we do without thinking about is going to the restroom. Some people are frequent goers and some aren’t.  But what if you can not control your urge to go? What if you have to use adult diapers to help the occurrence of an accident from ruining your day and emotionally causing you distress? This condition is called Urinary Incontinence.

This affects about 25 million Americans and there are many different treatment options to improve symptoms. Even with you doctor, the idea; of talking about the gotta go feeling is taboo.

What is Urinary Incontinence?

Urinary Incontinence is the loss of bladder control. The severity of this loss of control can range from occasionally leaking urine when you cough or sneeze to having a sudden strong urge to urinate and not being able to get to the restroom in time. There are different types of urinary incontinence:

“I’m the only person with incontinence” 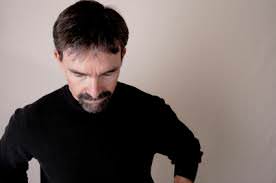 This would be FALSE. There are about 25 million Americans who deal with incontinence.

Most individuals fall into one of two categories:  stress incontinence or urge incontinence. Both of these types were discussed earlier in the article.  Stress incontinence was caused by sneezing or coughing, pressure on the bladder. Urge was the sudden uncontrollable feeling to urinate.

If you aren’t sure if you are experiencing this, talk to your doctor about the symptoms. This noticeable symptom of the loss of bladder control can be a big indicator of a larger problem like multiple sclerosis or pelvic organ prolapse.

FALSE. The main goal of talking to your doctor is to regain the control that has been lost.

When this is done the quality of life is also restored because you are not stressing as much about being embarrassed and having this annoying uncontrollable problem.

Before making this appointment, be sure that you describe in detail what the sensations are and if you have any other medical conditions and medications that you take. This will allow the best treatment plan for you. You can even go a further step and keep a log that shows when, how much and under what conditions you leak.

The more information the better the reversing chance is.

“Its a ‘normal’ part of aging”

FALSE! Loss of bladder function is commonly associated with aging, it is not an inevitable part of the aging process.

However it is more common in women, older than 40. Incontinence can happen to any gender at any age! Age is one of the reasons why some miss out on the opportunity of treatment. They think that because they are a certain age that is couldn’t possibly be that, but this is false.

If at any age you experience a loss of urine every time you sneeze or having an uncontrollable urge to go to the bathroom, its not normal. Consider talking to a doctor! By doing this early you can prevent this problem from getting worse!

“Medications are your only option” 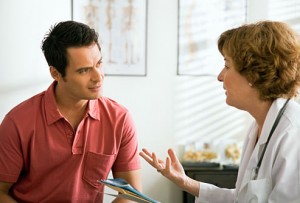 FALSE! Treatments are not only just medications, there is also the option of changing your behavioral and lifestyle choices! Other options are interventional therapies like Onabotulinumtoxin A or even medical devices like neuromodulation or surgery.

No two people with incontinence are the same. With that being said, treatment options will vary greatly. One person might have to have surgery and one might only need to change some lifestyle changes.

“It’s annoying but not serious”

FALSE! Incontinence is not something that you should be ok or live with. It is a problem that has many solutions. Having to worry about your bladder and potential accidents is an inconvenience.

Now the level of seriousness is measured by the undue stress it causes the patient. If it is stressing you out, causing you to feel unsociable, depressed, angry, hindering you from doing normal activities or anything negative it is serious. Not only is the physical aspect of having urinary incontinence is bad but the emotional impact as well.

Talk to your doctor as soon as you think that it could potentially be this. It’s better to catch it early than to ignore it and let it get worse!