To some of us, sleeping in on the weekends may feel like a big luxury, but it’s actually not doing your brain any favors, suggest a new study. 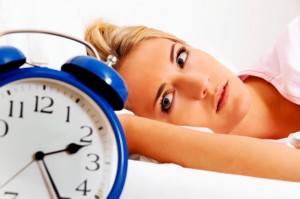 The study, published in the American Journal of Physiology- Endocrinology and Metabolism,  this study consisted of 30 men and women who spent 13 nights in a sleep lab. The first four nights they were getting a regular night’s sleep of eight hours, then spent the next six nights only having six hours of sleep a night.  The last three nights they were allowed to  oversleep, getting 10 hours of sleep a night (similar to getting to sleep late over a weekend).

During this time, researchers were keeping tabs on the study participants’ levels of inflammatory and stress hormones, as well as their sleepiness levels during the day. They also took tests to gauge brain function. They found that levels of inflammatory and stress hormones went up during the sleep-deprivation period, but then went back to normal with the extra-sleep days. Similar results were seen for sleepiness. However, the brain functioning did not get better with the extra sleep over the last three nights.

This is not the first study to investigate the increasing effect of short sleep loss patterns. Sleep loss due to late nights, early mornings or a combination of both is called “sleep debt. Sleep debt can’t be repaid in just one weekend — it takes time for your body to readjust to getting plentiful rest — but it can be repaid with  continuous effort. “Tackling on an extra hour or two of sleep a night is the best way to catch up,” they wrote.

The best way to avoid sleep loss deprivation is to just get plenty of  sleep to begin with.  Sleep researchers at Harvard Medical School note that keeping a regular sleep schedule, even on weekends. This may also help you fall asleep and wake up more easily.