The U.S. Food and Drug Administration has prohibited the shipping of raw milk for human consumption across state lines even though its sale is still legal in many states. A statement by the American Academy of Pediatrics, published online Dec. 16 in the journal Pediatrics, urges parents not to let their kids drink unpasteurized milk or eat cheese made from it. 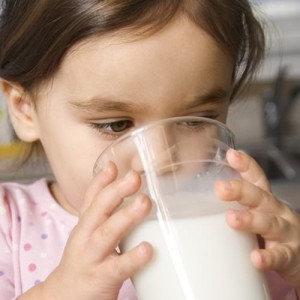 Raw milk and the risks

According to this group of pediatricians, it is simply too risky for small children to consume raw milk or products made from unpasteurized milk. Raw milk can carry bacteria such as E. coli and Salmonella, Listeria which are responsible for causing numerous food-borne illnesses. Bacteria in raw milk can be especially dangerous to people with weakened immune systems, older adults, pregnant women, and children.

Raw milk is milk that hasn’t been pasteurized, pasteurization is a process that kills harmful bacteria by heating milk to a specific temperature for a set period of time. Research shows no meaningful difference in the nutritional values of pasteurized and unpasteurized milk.

“Pasteurization is one of the major public-health advances of the century. It’s a shame not to take advantage of that,” said Dr. Mary Glode, a professor of pediatric infectious disease at Children’s Hospital Colorado, in Aurora. Children are more susceptible to these illnesses than adults, and they tend to get the worst of the complications, such as sudden and sometimes life-threatening kidney failure. Illnesses tied to raw milk also can cause miscarriages in pregnant women.

Some people continue to believe that pasteurization harms milk and that raw milk is a safe healthier alternative says the FDA. Here are some common myths and proven facts about milk and pasteurization according to the FDA: