Women wait nine long months to experience the miracle of child birth. What would you do if you waited nine months and then found out you didn’t have a baby? This unfortunately has happened far too many times among women of all ages for as long as we can remember. They experience what we call a phantom pregnancy. They feel like they are pregnant when they are not.

What is Phantom Pregnancy?

False pregnancy, phantom pregnancy, and pseudocyesis are all names coined for this problem. Phantom pregnancy is a women’s belief that she is pregnant when she really is not. This may sound like a mental disorder, and that these women are crazy but many women with this problem have fooled doctors too. Phantom pregnancy can be extreme in so much that the women experiences every sign of pregnancy yet there is no baby in the womb. For ages doctors have been perplexed by women who seem like they are pregnant yet have no baby.

In minor cases women start to feel nauseous immediately after believed conception but it wears off after they find out they are not pregnant. However, phantom pregnancy can be very real. Real enough to result in positive pregnancy tests. It is very rare but some women will experience a full 9 months of pregnancy or even longer without actually having a baby. 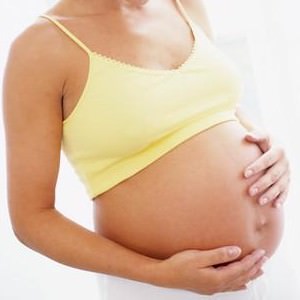 Women with an extreme case of phantom pregnancy may experience ceased menstrual cycles, distended abdomens, nausea and vomiting, weight gain, food cravings, sensitive breasts, breast enlargement, milk production, and even contractions. In some cases women may even have what appears to be their water break. Now it may be more apparent to see why these women and their physicians think they are pregnant.

Upon early detection of pregnancy, tests may reveal a positive. Upon regular check ups, everything may look normal with the mother. However, there is one large indicator, no baby! It will be impossible to find a heart beat, to see the baby on an ultrasound and there will be no delivery.

This is most common among women who have had trouble getting pregnant in the past. Whether they have a history of miscarriage or whether they have struggled with infertility, it seems to be a psychological disorder. Not much research has been done about phantom pregnancies because of the limited amount of cases. Doctors suspect that a psychological desire for a pregnancy stimulates hormones in the brain. These hormones then trigger the physical symptoms that these women endure and therefore causing more psychological trauma as the believe that they are pregnant. As mentioned before, a limited amount of studies have been conducted on this topic, but with the few that have been completed, it is found that women who experience phantom pregnancy have heightened levels of the hormones estrogen and prolactin. Prolactin can account for many of the symptoms they experience including the milk production. Researchers believe that  a psychological response to the idea of being pregnant may set off the release of these hormones. Other symptoms may be accounted for by other reasons. For example, stress causes irregularity in menstrual cycles and the water breaking is often just a full bladder bursting.

Despite ideas of how phantom pregnancy comes about, doctors and researchers are still perplexed by the problem. They do not know exactly what happens and why and they might not know for years to come. If you believe you might be pregnant visit your doctor.